​​​​​People need maintenance and upgrades even more than machines do.

Training is an upgrade.

Development is the next generation model. 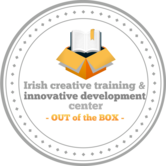 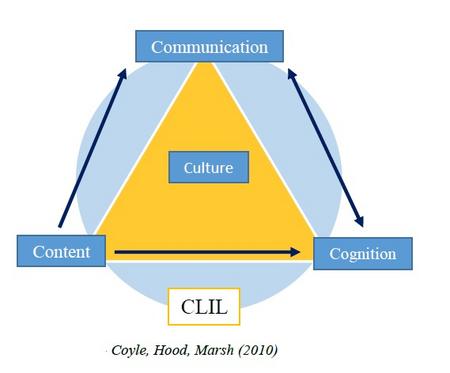 The Culture forms part of the core between the four main

aspects. In CLIL, culture is included as a means which

allows us to discover the connection between language

Julian Sudhoff from the University of Duisburg-Essen, Germany pointed out that the field of foreign language education is seen as a fundamental building block in fostering intercultural communicative competence (ICC). The dual focussed nature of CLIL-classrooms, i.e. the merging of a foreign language with content subject matter, seems to provide an ideal environment to initiate intercultural learning: content is never culturally neutral. Analysing, (re)constructing, comparing, contrasting and relativising one’s own cultural perspective and foreign cultural perspectives, sais Sudhoff, are essential elements in the development of intercultural competence. The ability to then shift and mediate between these cultural perspectives is a core objective in the intercultural learning process. Within rich CLIL environments a multitude of impulses may arise, which in turn lead to an exploration of different cultural viewpoints and, subsequently, enable shifts between these.

In his study "CLIL’s Role in Facilitating Intercultural Learning", Piotr Romanovski from the University of Warsaw concluded that, as culture seems to be one of the five dimensions of CLIL provision, it is essential to discuss and consider the incorporation of an intercultural perspective in CLIL. The integrative nature of CLIL gives an opportunity for a simultaneous combination of foreign language learning, content subject learning and intercultural learning.

Research of Junta de Andaluci­a (Interculturality & Multiculturalism in CLIL, Carmen Millán Salgueiro, 2015) points out that CLIL does not merely teach students about foreign cultures through the CLIL languages, it travels beyond that as to teach civic and social relations on an international level, regardless of their culture.

Our CLIL courses include one or two modules of teaching practice where participants can try out new ideas in a safe environment.

To ensure the course runs smoothly and that all participants can take part in the activities, a minimum B1 English level is highly recommended.
Our CLIL programmes are aimed at secondary and Higher Education teachers, teacher trainers and staff who have to, currently or in the future, deliver content lessons in English.

​The aims of the courses are:

​Content and Language Integrated Learning (CLIL) also known as dual-focused education, is an educational context where students are initiated to an additional language (apart from their mother tongue) which is to be included in their curriculum.

CLIL is the professional competence of teachers that must be based on student needs.  On the other hand, CLIL is a complementary curricula, usually designed for teacher training or for classroom teaching and learning.

​​The CLIL Lab at the ICTIDC offers a range of adaptable curricular models, suitable for both foreign language and content teachers and trainers from all over Europe, based on a set of defined target professional competences. 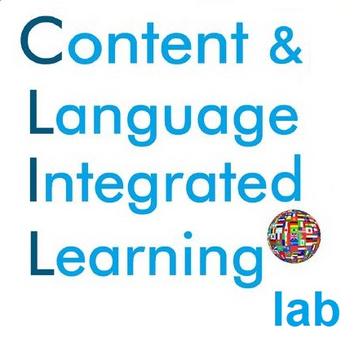